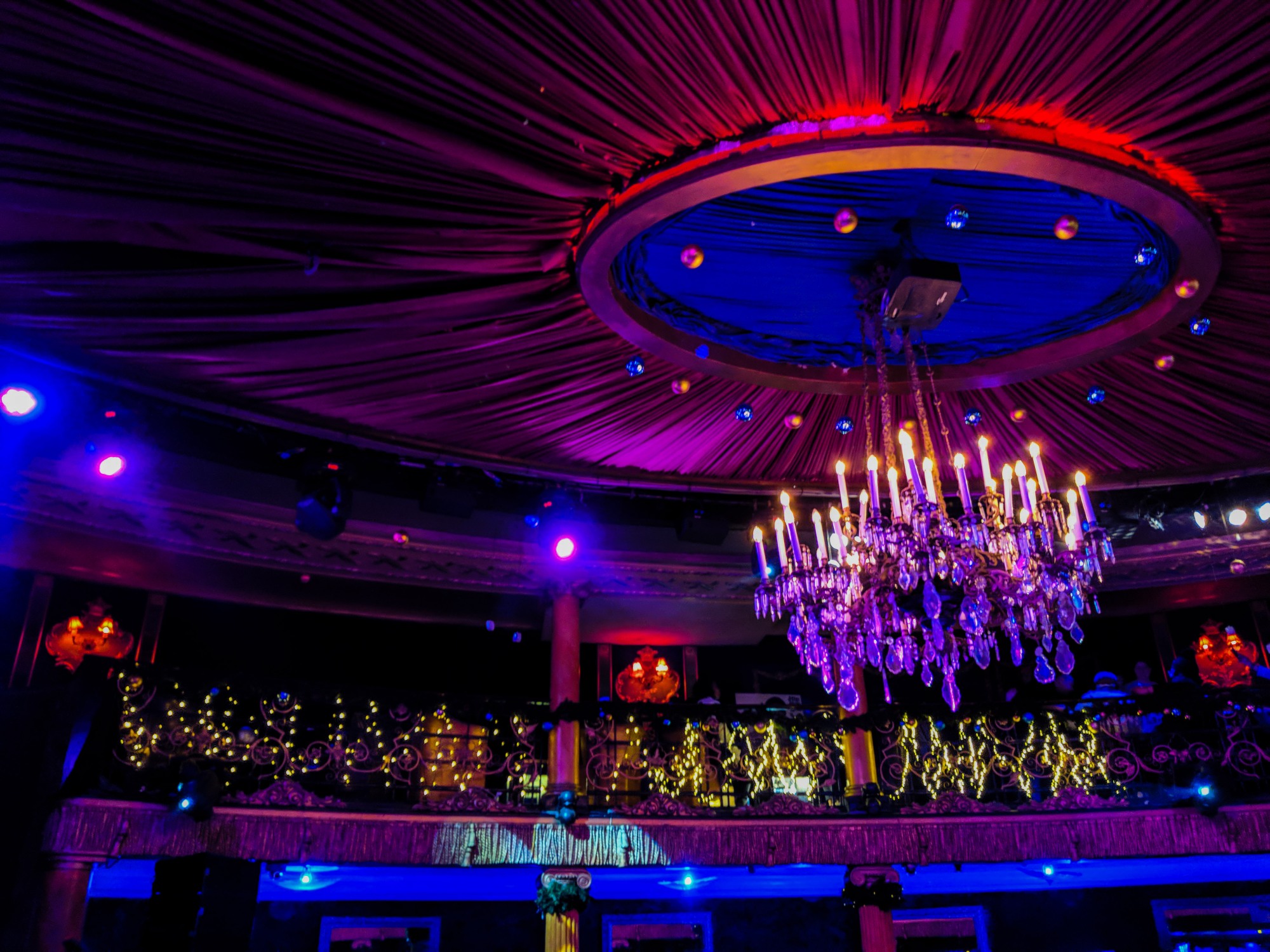 This is how we do it.Day drinking with Biggie at a secret location in London? I’m in.

Yesterday was a friend’s birthday and he decided to celebrate with something a little different.

We arrived at 12pm at the secret location we were told about earlier in the week – Cafe de Paris, just next to Leicester Square. Then we had unlimited cocktails until 1pm and enjoyed some old school hip hop – which was a relief because a quick Spotify search for a hip hop playlist yesterday had come up with lots of new hip hop artists that I had never heard of and didn’t particularly enjoy. I mean, Cardi B? Could that be any more similar to cardigan?

During lunch the hosts did an amazing job of keeping the entertainment going with games for the birthday boys and girls, some live singing and rapping and some big tunes. Plus a magician (Brendan Rodrigues) was moving around the room blowing minds.

Lunch was okay. Let’s just say you don’t go for the food. Quiche Lorraine as a starter is a little bit ‘tea at your Nan’s’ but we’ll let that slip. Chicken and chips for main was decent, and dessert was a banoffee pie with a brioche base which was tasty. But the atmosphere made it – the DJ span everything from Run DMC to Destiny’s Child and the hosts kept the energy up during the meal.

There was even a little surprise visit from the best live beatboxer I have ever seen who gave an incredible performance.

After that; tables were cleared, more drinks were drank and we found ourselves quite drunk and shouting along to Get Low at 3pm in the afternoon. Then it was time for some hip hop karaoke which the bottomless cocktails had talked me into signing up for. After what I will kindly refer to as a terrible performance of what was supposed to be No Diggity by myself and my housemate, we enjoyed other more talented hip hop performances until closing time.

Being thrown out of a club at 5pm and back onto the streets of London where everyone is completely sober and not even yet starting their nights out was odd. But it did mean that after going for a few more drinks, and then dinner, by the time we got home we had beat the hangover already! You heard it hear first: daytime clubbing could be the next big thing.

Best bit: The whole event was so much fun. Everyone was having a great time, the music was amazing and it was great to do something a little different.

Worst bit: One word – karaoke. 😫 Oh, and not getting picked for a temporary tattoo in the tattoo lottery. 😒

Check out Hip Hop Brunch for yourself here.